← more from
Federal Prisoner
Get fresh music recommendations delivered to your inbox every Friday.
We've updated our Terms of Use. You can review the changes here. 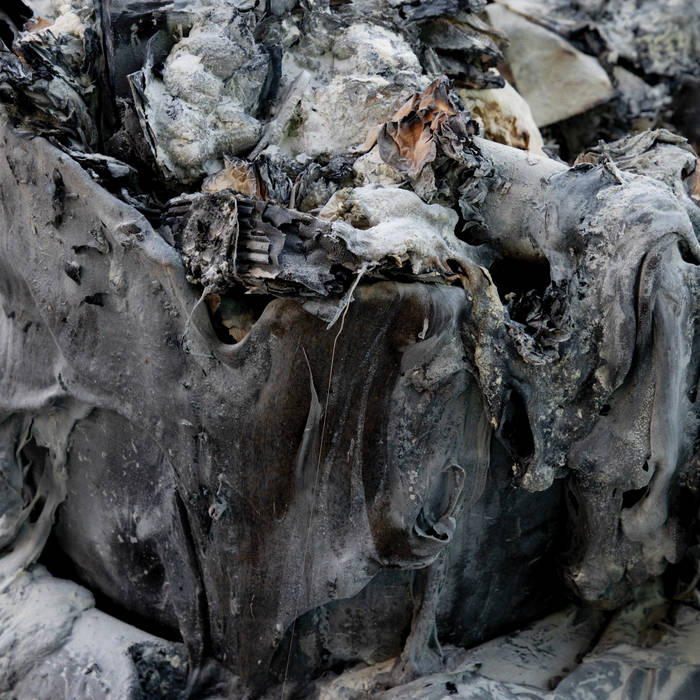 _smythie777 great new release from Federal Prisoner and an interesting take on black metal... excited to see what's to come from this label in the future! Favorite track: The Voice of Shai-Hulud.

For Chicago-based musician Luca Cimarusti, black metal held the appeal that lures so many listeners into its caustic wavelengths—it exuded the power and primal spirit of metal with the no-frills delivery and raw performance of punk. The added element of the genre’s fixation on mystery and fantasy, and the way so many artists in the field were shrouded in a veil of their own creation, was an added bonus. It was with these sonic, stylistic, and performative attributes that prompted Cimarusti to develop his own black metal project, Annihilus, back in 2019. Where the project once provided a refuge of self-reliant creativity, the toils of the last year imbued the project with an even greater urgency and gravity. With his sophomore album Follow a Song From the Sky, Cimarusti continues to mine the atmospheric essence of black metal while pushing the stylistic, thematic, and emotional boundaries of the genre.

Set for release on August 13th via Federal Prisoner — the label started by audio/visual artists Jesse Draxler and Greg Puciato — Follow a Song From the Sky is the first release that’s not a creation of either label head. Draxler comments, "Our intent with FP has always been to release other’s material as well as our own, it was just a matter of letting that happen organically rather than through force. I (Jesse) was listening to a lot of Ghanima over the winter and through an Instagram share Luca and I began talking. When he told me he was working on an album that he’d like for us to consider, my interest was piqued because I knew it would be the kind of fresh and understatedly genre-subversive material we could get behind. After listening to FASFTS many times over I can say that intuition wasn’t wrong. We couldn’t be more psyched to rep this release."

Follow a Song From the Sky ’s first single, “Draw the Beast,” rips through three minutes of fury and vitriol and is an apt look at the album as a whole. On the track, Cimarusti is joined by guest vocalist Ryan Wichmann and the collaboration is a triumph. Cimarusti comments, “This song features lead vocals in the verses by Ryan Wichmann of Chicago grindcore band Sick/Tired, and he also wrote the lyrics, which are based on Barry Windsor-Smith's 1991 Weapon X comic series. The end of the track also features heavy synth drones by electronic composer Brett Naucke."

Annihilus began with a demo tape as an exercise in self-sufficiency, creative curiosity, and discipline. Two other tape EPs followed shortly after. The next year found Annihilus releasing the critically acclaimed full-length Ghanima on American Decline Records. In true black metal fashion, Ghanima was an austere venture—recorded on a laptop in a practice space with two microphones, with Cimarusti handling all the instruments and mixing the album. The fantasy element was embraced as well, though instead of defaulting to Lovecraft, Tolkien, and Norse mythology, Annihilus turned to the more modern tales of various comic franchises and Frank Herbert’s Dune novels. The subject matter was both a hat tip to metal’s fascination with epic tales and extrapolating on their underlying existential themes but also a subversion of tired tropes of Cthulhu and Mordor. On Follow a Song From the Sky, Cimarusti continues to use fiction as a vehicle for exploring real life struggles, but the harrowing realities of 2020 and the passing of a dear friend in early 2021 imbued the lyrics with more earnestness and frustration than ever before.

Follow a Song From the Sky employs the crucial trademarks of black metal—furious riffs on treble-blasted guitars, howling vocals, an overall in-the-red distortion on the mix, and most importantly, a genuine sense of torment and anguish. Metal has always served as a buttress against the inevitable struggles, horrors, and grief of reality—a kind of preventative armor for the soul. But for Cimarusti, Annihilus came to serve as true emotional bloodletting. While purists may scoff at anything that strays from their beloved formula, Follow a Song From the Sky embraces its subversions as the truest form of catharsis.

Look for Follow a Song From the Sky to be available on digital and vinyl formats via Federal Prisoner on August 13th. Pre-order the album here and look for more news and music to surface from Annihilus soon.

Written and performed by Luca Cimarusti

Engineered and mixed by Matty Russell at Altered States in Chicago, IL during January and February of 2021.

Art and design by Jesse Draxler.

This record is dedicated to the eternal memory of Alejandro José Morales-Aponte.

Bandcamp Daily  your guide to the world of Bandcamp